The master planning was done by Mr. Alkalali as a sub-consultancy through Gulf House Engineering in 2001 and it has now become not only one of the most attractive places in Bahrain but also one of the safest in terms of road network. It was designed to not include crossroads with traffic signals but instead, with staggered T-junctions together with a minimum number of mini-roundabouts, which has led to prevention of any serious accidents. Further, the shorelines of Amwaj Islands have been intentionally designed to be sandy beaches protected by geotubes unlike most of the coastal and island projects in Bahrain which are protected by rock armour. 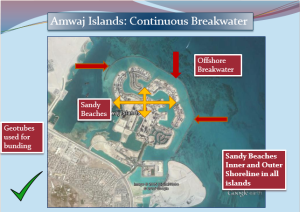 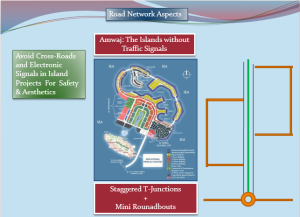 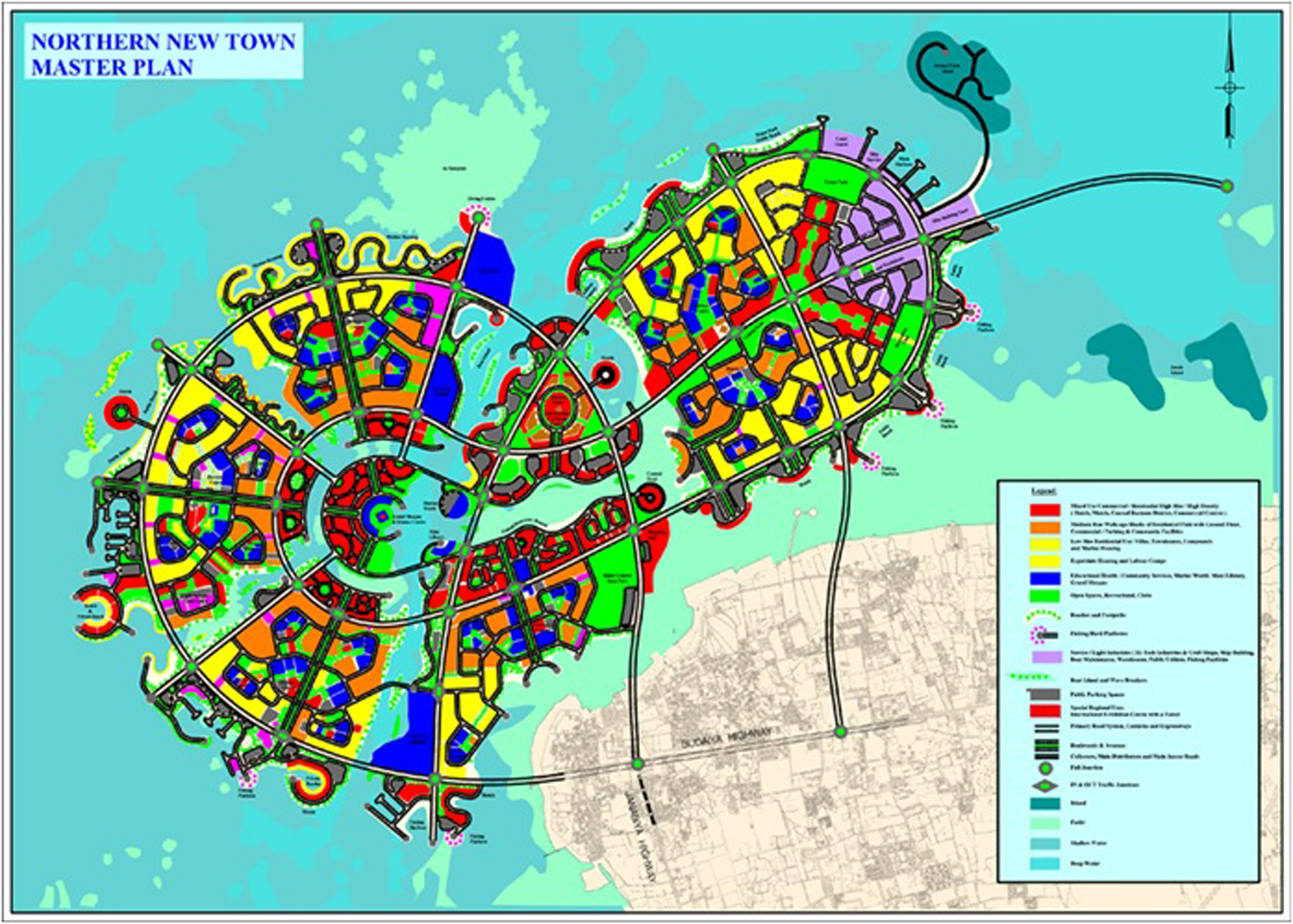 The Northern Town alternative plan has been designed
according to the following concept:
1. A system of concentric rings with radials.
2. Radial canal system to ensure proper circulation and flushing of water.
3. Flexibility of linking the town from all directions.
4. Pyramidal zoning with the highest structure at the core of the town with heights stepping down from the center to the coast.
5. A mixed land use plan which includes residential, commercial, light industry, recreational and other public and social amenities.
6. The waterfront includes all kinds of features such as marinas, fishing ports, beaches, marine housing, shipbuilding, water sports, walking promenades and many more.
7. The reclaimed land is about two and a half times the current land area of the North Town.
8. Two independent consultants were appointed to assess the two options proposed for the North Town master plan and both concluded that this alternative plan would have been far more advantageous than the one that was executed. 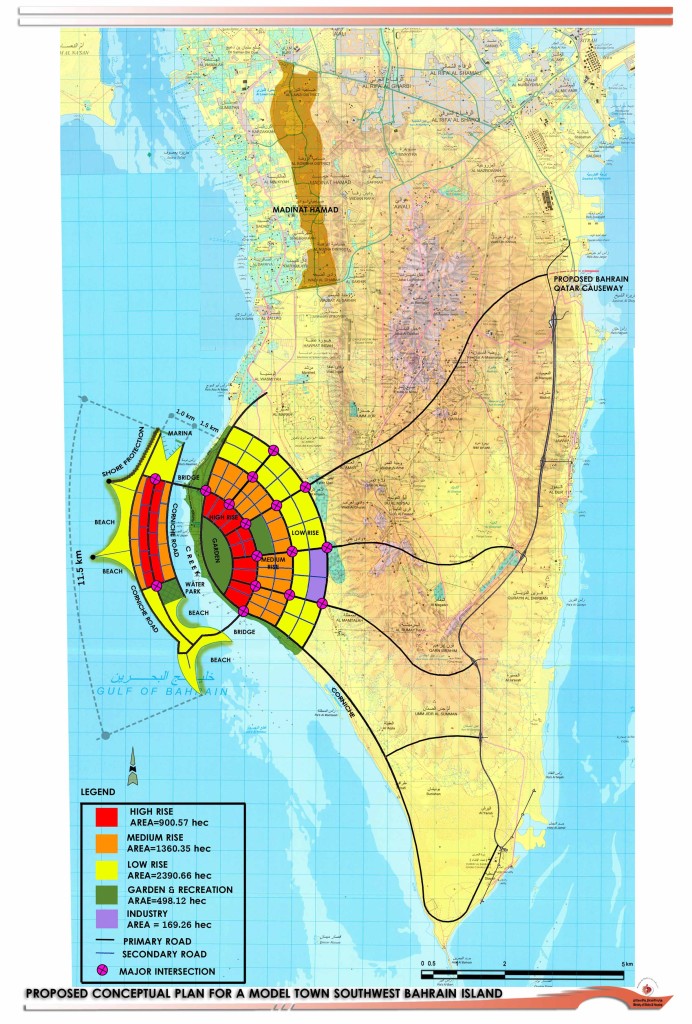 Mr. Nayef Alkalali was the team leader and project sponsor for this project from 2006 – 2008 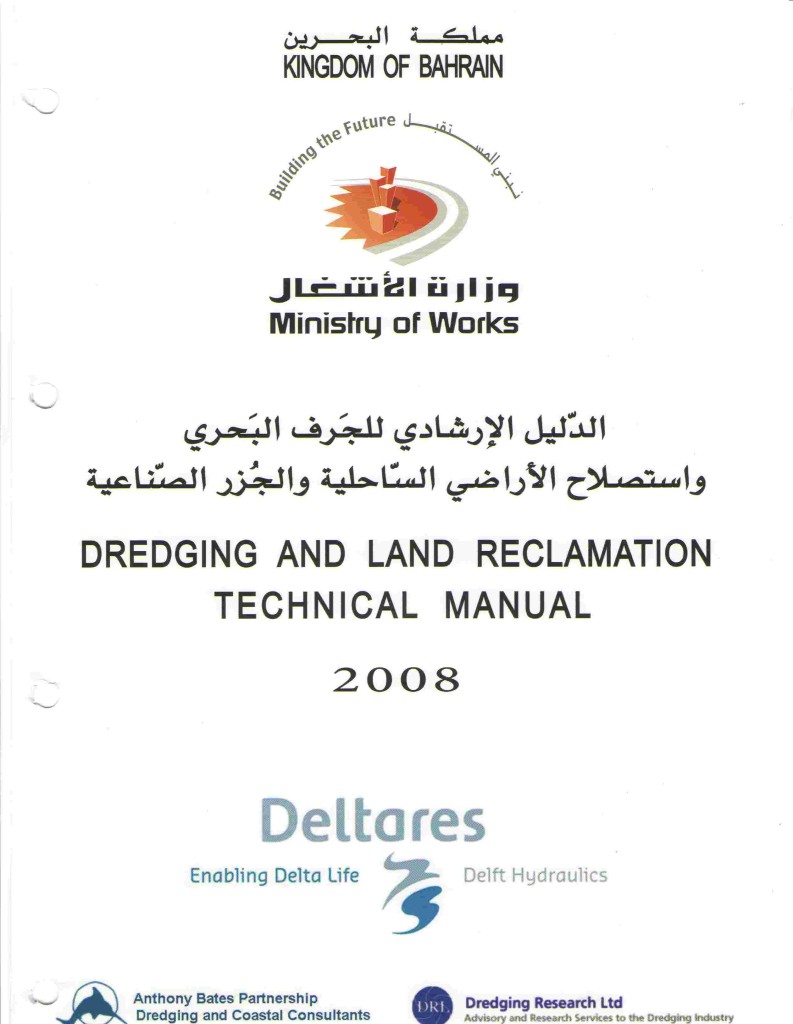 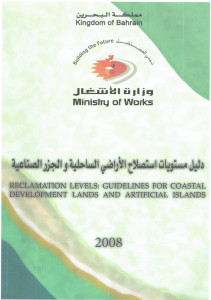